Now on View through Monday, July 7th, 2014.
Catastrophe Musem: New Work by Cait Willis
This new collection by Seattle artist Cait Willis was inspired by the writings of JG Ballard, specifically his novel “Atrocity Exhibition” that was banned in 1970.  Some info about this book:

-Opening line
“Oh The Disneyification of museums:
All over the world major museums have bowed to the influence of Disney and become theme parks in their own right. The past, whether Renaissance Italy or ancient Egypt, is re-assimilated and homogenized into its most digestible form. Desperate for the new, but disappointed with anything but the familiar, we recolonize the past and future. The same trend can be seen in personal relationships, in the way people are expected to package themselves, their emotions and sexuality in attractive and instantly appealing forms.”
from Wiki:
Suffering from a mental breakdown, the protagonist—ironically, a doctor at a mental hospital—surrenders to a world of psychosis. Traven tries to make sense of the many public events that dominate his world (Marilyn Monroe‘s suicide, the Space Race, and especially the assassination of US President John F. Kennedy), by restaging them in ways that, to his psychotic mind, gives them a more personal meaning. It is never quite clear how much of the novel “really” takes place, and how much only occurs inside the protagonist’s own head. Characters that he kills return again in later chapters (his wife seems to die several times). He travels with a Marilyn Monroe scorched by radiation burns, and with a bomber-pilot of whom he notes that “the planes of his face did not seem to intersect correctly.”
Also, “This … woman was a modulus … by multiplying her into the space/time of the apartment, he could obtain a valid unit for his own existence.”
*The main character, Dr. Traven, is named after this author, who to this day remains a mystery (one of the paintings is a reference to his book, the death ship).
Work also available ONLINE 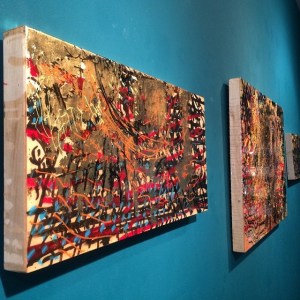 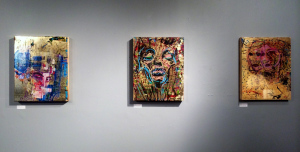